Educational consultant Jon Kopita '87 makes a living out of figuring out what's keeping a student from learning. Working with students at New York City's top schools, Jon focuses not just on the academic work at hand, but also on the impediments—sometimes personal or social—that may be getting in a student's way.

While not among the obstacles faced by Jon's clients, financial challenges are a major impediment to learning for many New York City students and their families. Inspired to make a difference for at least a few of these students every year, and working with administrators at Cornell University, Jon initiated a scholarship program to give talented but economically disadvantaged students an opportunity to study at his alma mater through its Summer College Programs for High School Students.

"Of particular interest," writes Jon, "are students whom I see on the 'edge': excelling within their particular high schools, yet still deficient in certain academic skills—especially writing and analytical skills—necessary for their success in college, especially at competitive schools. They are getting everything they can out of their schools, yet it may not be enough."

Jon doesn't know exactly how many scholarships he's awarded over the last two decades but guesses the number to be between sixty and eighty. The number varies each year from one to five, depending on funds raised and the quality of the applicant pool. In 2015, two scholarships were awarded, one of which went to Kenny Duran, now a senior at Marble Hill High School for International Studies in the Bronx.

An exceptional student, Kenny loves physics. "Physicists need a very good foundation in mathematics in order to be able to assess physical problems," says Kenny, who wanted to attend Summer College to study calculus, "to set that foundation early." But how to pay for the program was a dilemma.

"My parents would be able to pay a fifth of the total cost at most, and even my page on GoFundMe could only muster about a quarter of the cost…. I had very nearly given up when, just a couple of months before the program started, I logged on to my e-mail and found that my financial aid decision had been made. There it was: the Kopita Scholarship. I can't remember a time when I was as excited as in that very moment. So many doors opened."

At Summer College, Kenny took the calculus course plus Strategies for College Success, which helps students understand how to address college coursework. He also paid a visit to the director of physics "and talked about some of the coolest stuff I could think of," including how Cornell's synchrotron works and some biophysics research at Cornell. "Needless to say, my drive to become a physicist has been reinforced by my stay at Cornell," says Kenny.

Kenny's story is a testament to how well the Kopita Scholarship is meeting its goals of challenging, supporting, and inspiring its recipients. Jon writes, "I want students to go home after their time at Summer College and to say to themselves, 'I can do college-level work, and I see myself attending a school like Cornell,' regardless of whether their schools, their guidance counselors, or their parents encourage them to apply.

"Of the most interest to me," writes Jon, "is witnessing how this scholarship changes not just the trajectory of the student, but the plight of the entire family, including his or her younger siblings. One of my first scholarship recipients went on to graduate from both Cornell's College of Arts and Sciences as well as the Johnson Graduate School of Management; additionally, all three of her siblings went on to attend Ivy League schools. Not bad for the children of a single, immigrant mom!" 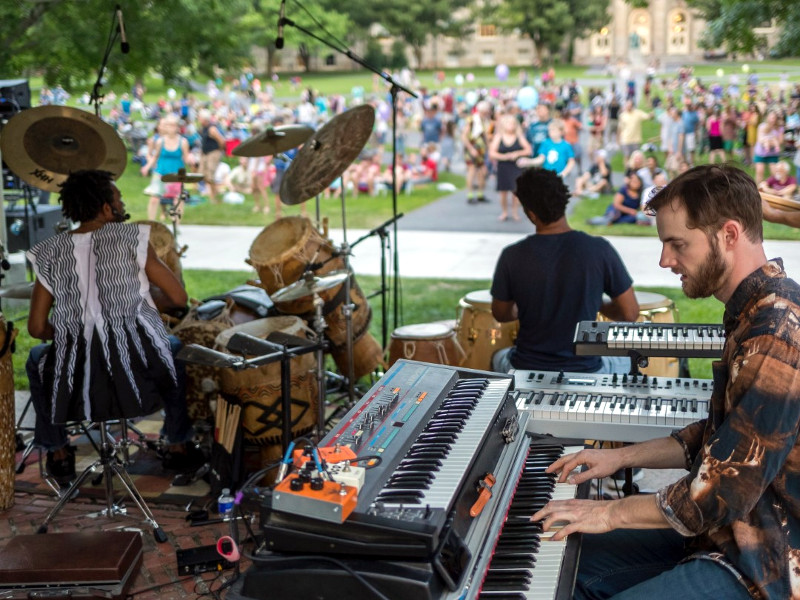