Refugees wash up on your shore, fleeing violence. Though not everyone welcomes them, they beg for permission to settle. Worse, they claim that yours is their ancestral homeland and they're merely returning to a land that's rightfully theirs.

This is the story of Virgil's Aeneid, the greatest masterpiece of Latin literature. Commissioned 2,000 years ago by Rome's first emperor, Augustus, Aeneid tells the tale of the Trojan War from the losing side: of genocide, of survivors, of desperate flight in search of a new home, and of the conflict that invariably attends human migration.

This course has been designated the 2020 Catherine S. Penner Seminar in Writing or Literature, in honor of CAU's retired director Catherine Penner for her years of distinguished leadership. 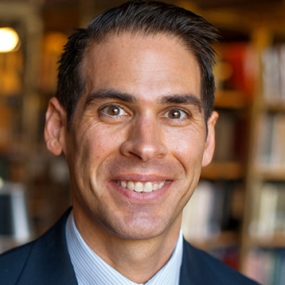 You might also be interested in...
Throwing Clay: A Pottery Studio Workshop
Hope, Hype & Hazards: Demystifying Cancer & Its Treatments
Uncensored New Hollywood: Films of the Late 1960s & the 1970s
See all programs & courses
Get updates