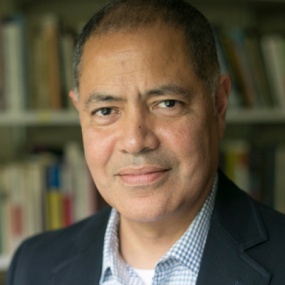 Gerard Aching is professor of Africana and Romance Studies. He specializes in 19th- and 20th-century Caribbean literatures and intellectual histories, theories of modernism and modernity in Latin America, and the relation of literature, philosophy, and slavery in plantation America. His most recent book is Freedom from Liberation: Slavery, Sentiment, and Literature in Cuba (Indiana, 2015).