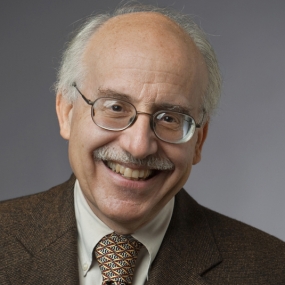 Glenn C. Altschuler is the Thomas and Dorothy Litwin Professor of American Studies at Cornell University and former dean of the School of Continuing Education and Summer Sessions. He received his PhD in American history from Cornell in 1976 and has been an administrator and teacher at Cornell since 1981. He is the author or coauthor of 11 books and more than 1,000 essays and reviews. His latest book, coauthored with Faust F. Rossi, is Ten Great American Trials: Lessons in Advocacy.

An animating force in the program in American studies at Cornell, Altschuler has won several awards for teaching and undergraduate advising, including the Clark Teaching Award, the Donna and Robert Paul Award for Excellence in Faculty Advising, the Kendall S. Carpenter Memorial Award for Outstanding Advising, and the Stephen H. Weiss Presidential Fellowship.

For more information about Glenn, including a complete bibliography, please visit his website. 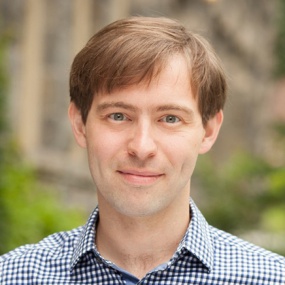 David Bateman is an associate Professor at Cornell University. His research focuses on Congress, American political development, and voting rights.

David has published articles in Studies in American Political Development, The American Journal of Political Science, and The Forum. His co-authored book, Southern Nation: Congress and White Supremacy after Reconstruction, examines the role of southern members of Congress in shaping national policy from the end of Reconstruction until the New Deal. His second book, Disenfranchising Democracy: Constructing a Mass Electorate in the United States, the United Kingdom, and France, compares the development of political rights across these three countries.

David is currently doing research on the black American civil rights movement during the last decades of the nineteenth century and first three decades of the twentieth century, as well as ongoing data collection projects on American state constitutions and nineteenth-century state legislative behavior. These projects will provide a comprehensive repository of state constitutional development and nineteenth-century legislative voting. 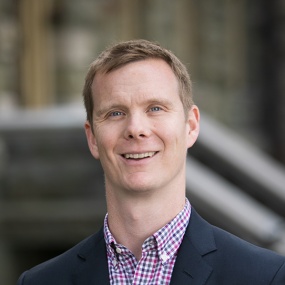 Douglas Kriner is the Clinton Rossiter Professor in American Institutions at Cornell University.

His research interests include presidential and congressional politics, separation of powers dynamics, and military policymaking. His current research focuses on the role of public opinion as a constraint on presidential unilateral power.

Douglas's most recent book, co-authored with Dino Christenson, is The Myth of the Imperial Presidency: How Public Opinion Checks the Unilateral Executive (Chicago 2020). The book examines the role of public opinion as a constraint on presidential unilateral power.

Douglas's first two books focused on domestic politics and American military policymaking. After the Rubicon: Congress, Presidents, and the Politics of Waging War (Chicago 2010) was the winner of the 2013 D.B. Hardeman Award. This book uncovered the informal mechanisms through which Congress substantially influences the initiation, conduct and duration of major American military actions, even when it fails to legislatively compel the president to alter his preferred policy course. His first book, with Francis Shen, is The Casualty Gap: The Causes and Consequences of American Military Policymaking (Oxford 2010). The book documents the emergence of socioeconomic inequalities in who bears the human costs of war and the ramifications of these inequalities for politics and policymaking. 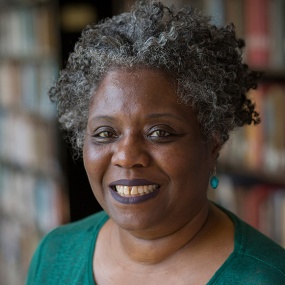 An interdisciplinary scholar and the W.E.B. Du Bois Professor of Literature in the College of Arts and Sciences at Cornell University, Noliwe Rooks explores how race and gender impact and are impacted by popular culture, social history, and political life in the United States. Specifically, Noliwe works on the cultural and racial implications of beauty, fashion, and adornment. In addition, her work explores race, capitalism, and education, as well as Black women and material culture.

The author of four books and numerous articles, essays and op-eds, Noliwe has received funding from the Ford Foundation, the Mellon Foundation, and the Woodrow Wilson Center to aid in her research. She lectures frequently at colleges and universities around the country and is a frequent contributor to popular outlets such as The New York Times, The Washington Post, The Chronicle of Higher Education, Time Magazine, and NPR.

Noliwe's current book, in which she coined the term "segrenomics," is Cutting School: Privatization, Segregation, and the End of Public Education, won an award for non-fiction from the Hurston/Wright Foundation.

Noliwe's current research, for which she has received a Kaplan Fellowship and a fellowship from the Atkinson Center for a Sustainable Future, explores relationships between capitalism, land, urban food politics, and cannabis legalization in the United States.