Egypt: A Cruise up the Nile Taught by Deborah A. Starr, professor of Modern Arabic and Hebrew Literature and Film in the Department of Near Eastern Studies, and director of the Jewish Studies Program, Cornell University

Experience the wonders of the ancient & modern world

Immerse yourself in both ancient treasures—from the Sphinx to stunning temples at Abu Simbel and the tombs at Valley of the Kings—and present-day Cairo, with its cosmopolitan mix of cultures.

Join CAU as we cruise upriver on the luxurious Sun Boat III, following the path of tradition and transformation over thousands of years.

In addition, see the itinerary for information about an optional post-tour extension to Jordan, January 13–17, 2023.

Day-by-day itinerary
Trip details
Why travel with CAU?
Egypt: A Cruise up the Nile
Register now

CAU adventures are accompanied by some of Cornell's most engaging faculty members. During your tour, these experts will provide lectures on the subjects about which they are most passionate; their enthusiasm shows in the rave reviews we receive from travelers. With extensive experience in both the focus and location of your trip, and access to behind-the-scene tours, our faculty experts will help you delve deeply into the culture and history of the places you visit. 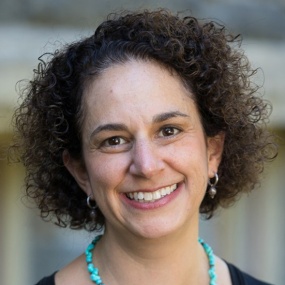 Deborah A. Starr
Professor of Modern Arabic and Hebrew Literature and Film in the Department of Near Eastern Studies, and Director of the Jewish Studies Program, Cornell University "Cornell groups meld easily – there was an ease, comfort level, and friendliness that pervaded the whole Egypt tour. In part, that’s facilitated by the smaller size of the group (no more than 25) and the high level of interest that people had. There's nothing like the companionability of CAU participants – serious about learning and easy to have fun with!"

"Cruising along the Nile was wonderful! The sunsets and full moon made it special, and the tour leaders made the experience so rich. Being in the presence of the great pyramids was awesome, and the artwork inside the tombs was astonishing. Of course, this was the best trip ever, after some pretty spectacular CAU trips – until the next one!"
Register now