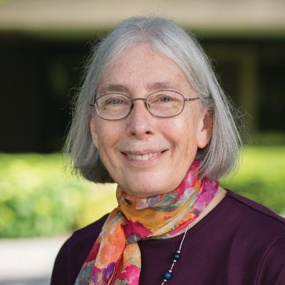 Martha Haynes graduated from Wellesley College and received her graduate degrees from Indiana University. She joined the Cornell faculty in 1983 and is now the Distinguished Professor of Arts and Sciences in Astronomy. Before moving to Ithaca, she worked at the Arecibo Observatory in Puerto Rico and at the Green Bank Observatory in West Virginia. She was elected to the National Academy of Sciences and the American Academy of Arts and Science and is the recipient of the 1989 Henry Draper Medal of the National Academy of Sciences and the 2019 Catherine Wolfe Bruce Gold Medal of the Astronomical Society of the Pacific.

Her scientific research concentrates on observational cosmology, galaxy evolution and the techniques of radio astronomy. At Cornell, she teaches an undergraduate course for non-scientists, Astronomy 2201: The History of the Universe under the Knight Institute's Writing in the Majors Program. She is one of the leaders of the Cornell-led CCAT project building the Fred Young Submillimeter Telescope at 18,400 feet elevation in northern Chile.